On my way to O'Hare Airport this morning, traffic was backed up in the westbound lanes of 80/94 for a "gapers' block." I'd heard this on the traffic alert, but decided to go this way as my alternate route would be to go through downtown Chicago, which had its' own traffic issues because of the looting and rioting that took place overnight. But, that is another story.

So, back to 80/94. Sure enough, the slowdown occurred right at Kennedy like they said. It was clear the eastbound lanes were shut down because there was no traffic. As I approached Torrance Avenue, I could see the accident scene. It was horrific. It's not clear exactly what happened, but a semi tractor was involved and the driver side was smashed in and the windshield shattered. There was a large pickup off on the shoulder with pretty bad front end damage as well. Then, there were two cars in the middle of the four lanes completely destroyed. There was debris across all four lanes for at least 100 yards. And, then, I noticed in the middle of the wreckage, a body covered up lying on the roadway. The news had reported it was a double fatality.

Even just driving by that scene for a minute....two minutes...I was shook to the core, imagining the noise, force, destruction that may have taken only 5 or 10 seconds....and then, eerie silence. I tried to imagine what could have taken place in the seconds leading up to the crash. Was someone texting, driving recklessly, having a medical issue, wanting to die that day? A split second decision may have changed the outcome...or not. Whatever happened, two people left home this morning and are not coming back. My heart grieved for the unknown family members getting that unwelcome call or knock on the door.

Life can change in an instant and so unexpectedly. Be present in your life, pay attention, and love your family and friends like there is no tomorrow.

As I drove on, I totally had the Boss in my head...

Wreck on the Highway

We can all agree that 2020 has really been one for the record books. Now, more than ever, the level of hypocrisy coming from our elected leaders to our neighbors across the street has been on prime display.

the practice of claiming to have moral standards or beliefs to which one's own behavior does not conform; pretense.

Quite frankly, I'm sick of it.

If "All Lives Matter," where is your outrage when:

If your constitutional or civil rights are being thwarted because your local or state government issues a mask mandate, then
<sigh>
I don't know the answers, but people just need to calm the fuck down, respect one another, and do what is right for the common good.
And for the love of God, vote this November.
at August 07, 2020 No comments:

What I Hate About Dogs

There is one thing I just really hate about dogs. I mean *really* hate. They never live as long as you do. And, losing your dog just sucks.

I'm losing my Bailey girl. You know it is going to happen, but you just can't prepare for it. She is almost 13, and she has a heart murmur. For the past six months, she's been losing weight, but she was still the girl who begged for treats and barked like an attack dog at the UPS driver. 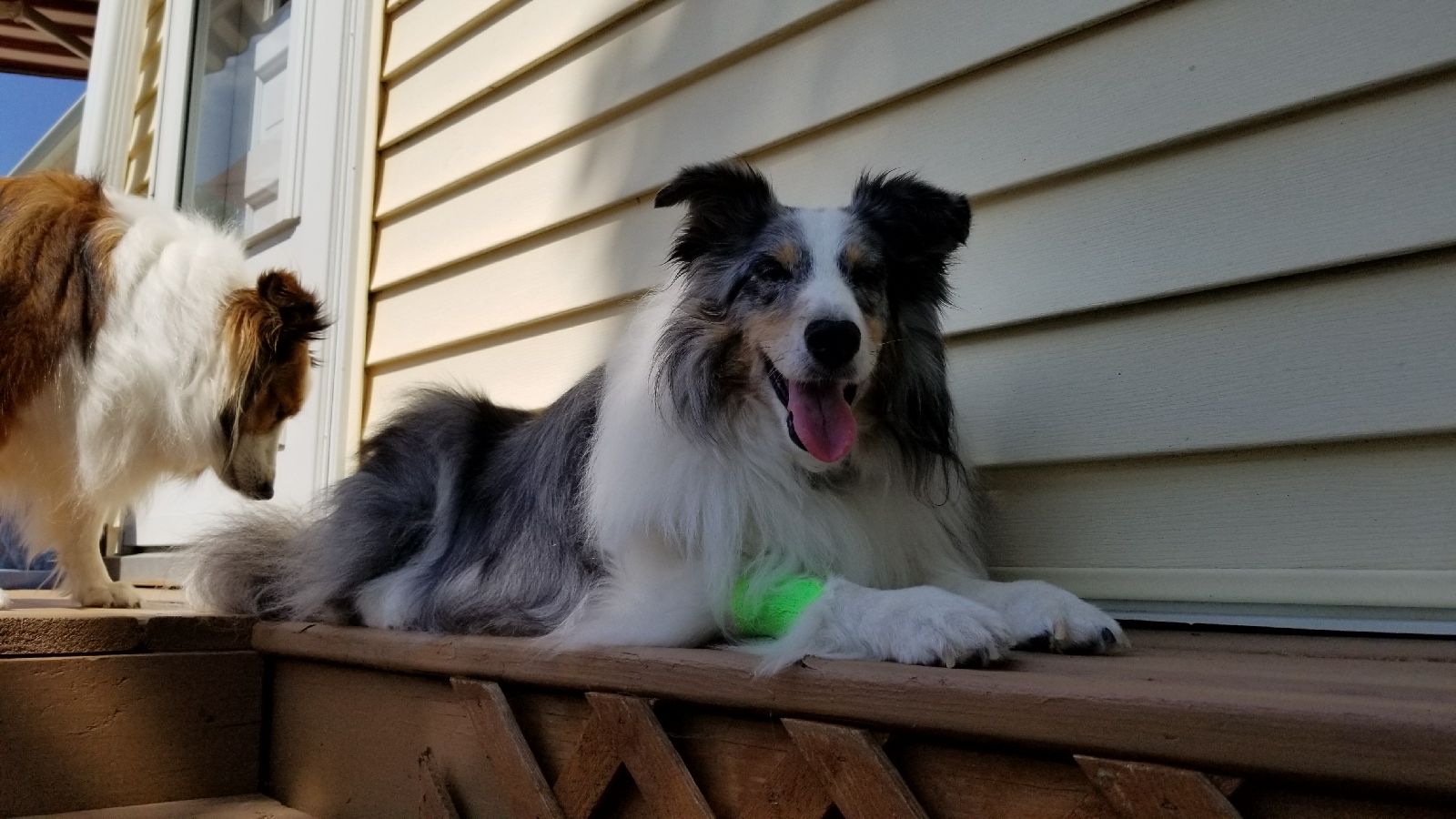 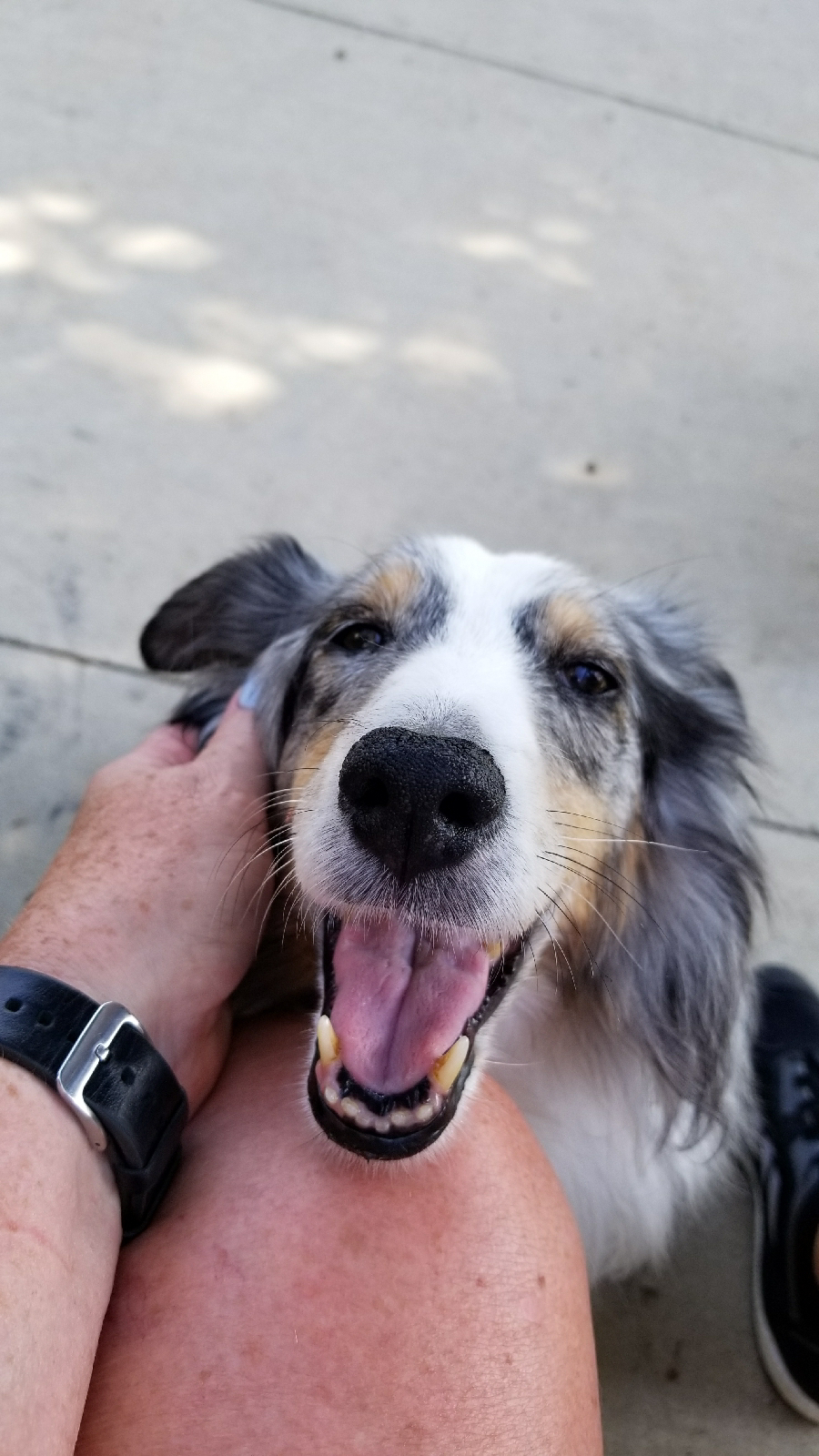 This week, I took her for her routine vaccinations, and I think it was just too much of a stress on her system. Within hours she was throwing up and extremely lethargic, by the next day, she was back at the vet on IV fluids. Her kidneys are failing. She doesn't want to eat.

The really crazy thing is I'm crying more for Bailey than I did when I lost my dad in April. Like, I can't stop crying, and she hasn't even died yet. Honestly, a therapist would probably have a field day trying to crack my fuckedupedness.

Check out one of my previous blogs about all the dogs I've loved before.

It's been one week since we laid my dad to rest. Dementia finally claimed his worn mind and body. We wrote in his obituary that he died from dementia because so many people assumed he died of COVID-19. But, as I have been reflecting in the past week on his passing, I do consider him a victim of the virus not because he was afflicted with it, but because we were forced to be separated from him for the past month.
I think he just gave up, thinking we had just abandoned him. When my sister called the nursing home to check on him on April 2nd, they said they were getting ready to call us. They said he had been asking when people were coming to visit, but his brain could no longer comprehend or remember the details of the pandemic. They said after two weeks he stopped asking, and stopped eating, and slept all the time. He lost more than 20 pounds during that time. By April 6th, they had advised calling hospice. He died on the morning of April 9th. We are comforted that one of my brothers was able to be with him when he took his last breath.
With dementia, you mourn a hundred losses over the course of the disease. You cry when you realize your dad can no longer drive, or be home alone, or turn on the television, or walk unassisted, or take care of personal hygiene, or remember his grandchildren. You are gutted the day he no longer remembers your name and asks if he's known you a long time. You cry alone in the car each time you leave the nursing home because it is so heartbreaking to see a piece of him slip away with each visit. You cry when you learn he has finally slipped away knowing it is forever, and cry for the guilt you feel at the sense of relief. You cry when you see him laid out in the casket, almost unrecognizable because he seems so small and frail than the father/protector you want to remember. You cry watching your mom say goodbye to her husband of 65 years, and you cry because this great man was only allowed to have eight people at his funeral.
Dementia stole my father years ago and COVID-19 robbed me of the last month of his life. We were lucky to have him 89 years, and he will always be the most important man in my life.
at April 20, 2020 2 comments:

The Loneliest Time of Year

I spotted him from the window as I was getting out of my car, the gray-haired man sitting alone at the dining table. I approached him as I entered the dining room, he greeted me with a smile and said to have a seat. I asked him how his day was, and he said it had been busy because of the weather. The roads were snowy, cars were in ditches, and people were complaining. He asked if I had a busy day at work and if I had taken many calls because of the weather. We talked about my recent vacation to Mexico and the upcoming Christmas holiday. He mentioned that he remembered my dad and always liked him. We talked a while longer and when it was time to go, he offered to pay for my meal. I reminded him that I hadn't eaten. "Next time," he said.
As I was putting on my hat and gloves to make the cold walk to the car, he said he hoped we'd see each other again. I said we would, maybe tomorrow. As I shook his hand and turned to leave, I whispered, "Good-bye Dad."
at December 12, 2019 1 comment:

What Goes Around Comes Around

Well, I figured now is a good time to dust off this blog since my life is in a total upheaval. In three more days I am moving back to Farley ... with my sister and the parents. I am going through a whole range of emotions, not the least of which is anxiety due to all the clutter.

More to come. The first hurdle was just remembering my credentials to get logged in.

Sadness in Our World

Listening to the news this morning, it is extremely hard to feel joy on this beautiful summer sunny morning. Two black men killed at the hands of police this week, and last night, five Dallas police officers gunned down at a peaceful Black Lives Matter protest.

What are we becoming?

I feel such sadness because I have such conflict on this topic. On the one hand, I have been in a 25-year relationship with a black man. On the other hand, I have a nephew and several cousins who are police officers.

Institutional, overt, and silent racism continues to exist in this country. While with my significant other, or members of his family, I have seen the different ways I am treated versus the way they are treated. My significant other is the last person who would "play the race card." He honestly looks at all people as people -- smart, funny, loving, hateful, ignorant, jerk, or outright asshole. He doesn't make a judgment based on what they look like. I get more infuriated at the subtle racism he experiences almost daily than he does. He is a better person than me.

I love my nephew too. He is one of those rare people who proclaimed when he was about 4 or 5 years old that he wanted to be a cop, and he was never deterred. He worked with the police while he was in high school, he majored in criminal justice while in college, he volunteers as an EMT in his community, he worked as a park ranger and a bicycle cop while in college. He loves his wife, his baby daughter, dogs, and his boat. He loves my significant other. They have been buddies since he attended my significant other's basketball camp when my nephew was 9 or 10 years old.

I worry about my nephew all the time when I hear of people retaliating against police officers. I worry that one day my nephew might be involved in a crazy altercation and in the heat of the moment, something happens, a shot is fired, and someone who might not have needed to die, does. Since becoming a police officer, my nephew has been hit, scratched, spit on, kicked on numerous occasions. I am constantly amazed of his stories.

By the same token, I am constantly amazed that black men are killed by police under strange circumstances.

I don't have the answers.

I am scared for our country.

We are not progressing.

We seem to be regressing.

The Road to Farley 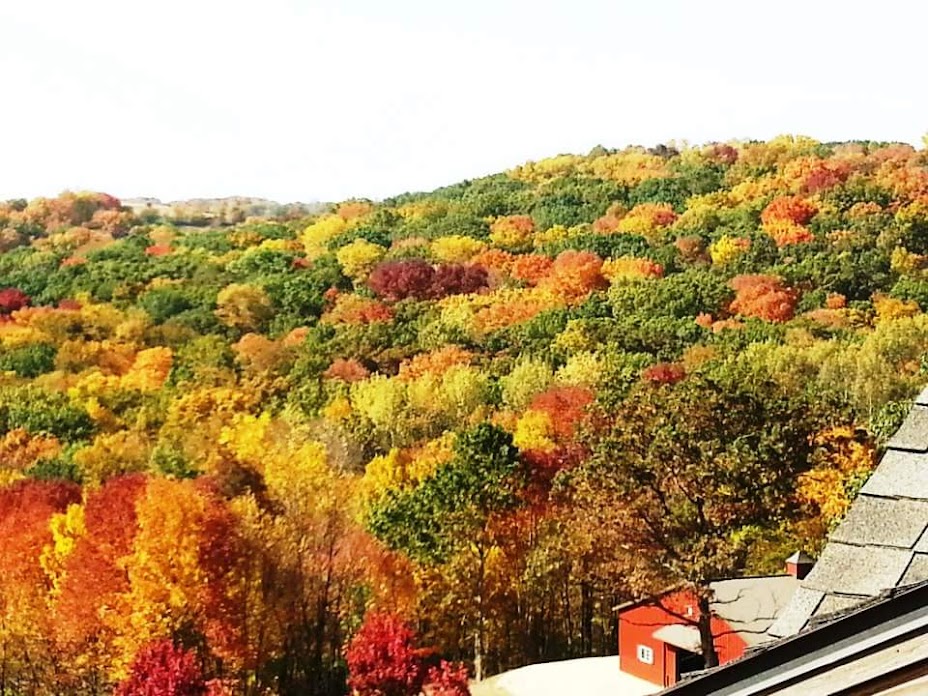